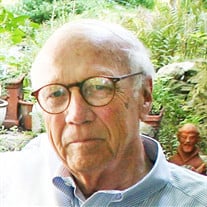 Harley P. Holden – 82 Harvard University Archivist SHIRLEY: Harley Peirce Holden, 82, passed away on Dec. 15, 2019 at his ancestral home at 6 Horse Pond Rd, Shirley Center, MA. after a long struggle with pulmonary fibrosis. Mr. Holden was the Archivist at Harvard University from 1971 to 2003 and the Assistant Curator of University Archives from 1960 - 1970. In this position he managed the historical record of any and all events, claiming at one time to have fifteen miles of documents at the Harvard Depository for which he also served as Director from 1988 -1992. In his role as University Archivist, Mr. Holden attended to many university events of note. He handled the opening of the infamous and sealed Sacco and Vanzetti files from this controversial case dating back to 1927. Colleagues note how he actively collected the posters that were ubiquitous in Harvard Square during the protests of the late 1960’s with his keen eye for the essential historical record of the era. He managed the change from print to digital record keeping, and was responsible for over 10,000 accessions including 9000 letters. Harley Holden attended Fitchburg High School then graduated from the Cambridge School of Weston in 1955. He received his B.A. in 1960 from Boston University College of Liberal Arts, his M.A. in History from Boston University in 1966, and his M.A. in Library Science from Simmons College in 1967. He was awarded honorary membership in Phi Beta Kappa by Harvard University in 1978. Mr. Holden was an active member of countless civic, historical, and conservation associations. He served as Director of the Library of the Protestant Episcopalian Diocese of Massachusetts, Public Record Representative for Massachusetts to the New England Archivists, member of the Library Committee for the Appalachian Mountain Club, Director of the Middlesex Canal Association, member of the Massachusetts Historical Society, Chair of the Richard Hass Award Committee for the New England Archivists, member of the International Council of Archives, member of the St. Botolph and Tavern Clubs, the American Forestry Association, Museum of Fine Arts, Massachusetts Horticultural Society, New England Wildflower Society, the Nashua River Watershed Association, and many more. Mr. Holden was a passionate horticulturist who maintained formal gardens, and was an accomplished vegetarian cook. He was a life -long explorer who visited all 50 states, drove every numbered road and walked every public beach of the New England states, His trips to Europe were marked by travel themes to variously focus on famous trees, certain churches, or mythical sites. He was a collector of many things from walking sticks, to an impressive library of 18,000 books, to fine clothing. Mr. Holden was born in Ayer, MA., son to Robert Henry Johnston Holden and Eleanor Harley, brother to Robert Holden, Mary Holden Chase, and to David Holden. He is survived by nephews Gordon D. Chase, David Holden Jr., Richard Holden, and nieces Kimberly Chase-Adler, Carol Holden Jurga and Linda Holden Rooney, also by fifteen grand-nephews and grandnieces, and by fifteen great grand-nephews and great grand-nieces. Mr. Holden was the last of his generation for a family that has lived continuously in Shirley since the 1700’s as one of the town’s original families. The Holden family was descended from Anne Winthrop, sister to John Winthrop Sr., and from Elder Brewster of the original Plymouth Colony. Today the family tenure is marked by a large area of conservation land called Holdenwood and an ancestral house called Maplewood Manor. Mr. Holden lived both in Cambridge and in Shirley Center, MA. Burial will be conducted as a private ceremony at the Shirley Center Cemetery on Friday, Dec. 20. There will be no calling hours. A memorial gathering will be held at a date to be announced later. The family requests that any flowers or memorial donations be held until the time of the memorial gathering. Arrangements have been made with Anderson’s Funeral Home of Ayer, MA.

The family of Harley P. Holden created this Life Tributes page to make it easy to share your memories.

Send flowers to the Holden family.