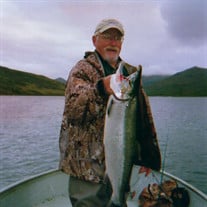 Frank A. Esielionis, 82, of Shirley, passed away on Saturday morning, August 7, 2021, in his home, surrounded by his loving family. Frank was born in Fitchburg on June 24, 1939, a son of the late John J. and Josephine J. (Jarski) Esielionis and graduated Fitchburg High School in 1958. Shortly after graduation Frank joined the U.S. Navy and served his Country for the next four years. Following his honorable discharge, he returned home and graduated from Lowell Technical Institute. Frank was the Quality Control Manager at Power Cube Inc., Billerica, and owned and operated the Shirley General Store prior to his retirement in 2001. He was a member of the Shirley Rod and Gun Club since 1962 where he was recognized as a lifetime member and served on various committees. At the time of his passing he was Chairman of the Board of Directors. Frank was also a member of the Shirley American Legion Post 183. Hunting, fishing, spending winters in Florida, and periodic trips to local casinos were all of Frank’s favorite activities; however his greatest passion was spending time with his family and friends. Frank also served on various local Town Committees including, Conservation Commission, Energy Committee, Shirley By Law Review Committee, Senior Center BOD, MassWildlife Paraplegic Hunting Guide, volunteer on SPACO and former partner of the Devens Golf Course. He leaves his wife of 57 years, Jacqueline (Merrill) Esielionis of Shirley; his children, John Esielionis of Shirley, Mark Esielionis and his wife Sherry of Shirley, Sandy Fitzgerald and her husband Scott of Shirley; James Esielionis of Shirley; Liz Esielionis and her husband Ben Kichen of Groton and Donna Tappenden of Fayetteville, NC; his siblings, Barbara A. Kelley of Madison CT, David Esielionis of Shirley, Stephen Esielionis of Shirley and Michael Esielionis of Leominster; his grandchildren, Erika Esielionis, Katherine Esielionis-Simmons, Sydney Esielionis, Allyson Esielionis, Erin Fitzgerald- Aponte, Peter Fitzgerald, Amy Esielionis, Andrew Esielionis and Christopher & Gregory Tappenden and several nephews and nieces. His funeral Mass will be celebrated on Thursday, August 12, at 10AM in St. Anthony of Padua Church, 14 Phoenix St., Shirley. Burial with military honors will be in the Village Cemetery in Shirley. Calling hours will be held on Wednesday, August 11, from 4-7PM in the Anderson Funeral Home, 25 Fitchburg Rd., Ayer. For further information or to leave an online condolence please visit their website at www.andersonfuneral.com In lieu of flowers memorial contributions may be made to George J. Morin American Legion Post 183, 8 Church St., Shirley, MA 01464 or to the Shirley Senior Center, 9 Parker Rd., Shirley, MA 01464.

Frank A. Esielionis, 82, of Shirley, passed away on Saturday morning, August 7, 2021, in his home, surrounded by his loving family. Frank was born in Fitchburg on June 24, 1939, a son of the late John J. and Josephine J. (Jarski) Esielionis... View Obituary & Service Information

The family of Frank A. Esielionis created this Life Tributes page to make it easy to share your memories.

Frank A. Esielionis, 82, of Shirley, passed away on Saturday...

Send flowers to the Esielionis family.