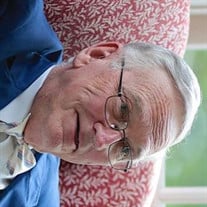 FITCHBURG: Francis L. McCarthy, 78, of Fitchburg, formerly of Lunenburg, died Friday, February 14, 2020 peacefully at his home surrounded by his family. Mr. McCarthy was born in Fitchburg, February 1, 1942, a son of William J. and Elise R. (Belliveau) McCarthy and resided over 45 years in Lunenburg before returning to Fitchburg two years ago. He grew up in Fitchburg, was a 1959 graduate of Notre Dame High School and continued his education at Stevens Business College in Fitchburg. For over 30 years Mr. McCarthy owned and operated Associated Data Concepts, Inc. in Fitchburg, retiring in 2012. Previously, he held positions with the Boy Scouts of America as District Scout Executive in the Greenwich (CT) Council and Nashua Valley Council in Lancaster. He was a former member of Oak Hill Country Club and served as Trustee to Camp Split Rock in Ashburnham, MA. He was a longtime member of the Lunenburg-Townsend Rotary Club and was a recipient of the Paul Harris Fellow Award. He had coached in the Lunenburg Little League Program and volunteered his time to the Lunenburg High School Scholarship Drives. He attended Our Lady of the Lake Church in Leominster. Through the years he enjoyed traveling including spending several special summer vacations in Boothbay Harbor, Maine and wintering in Naples, Florida. He was happiest when he was spending time with his family and friends. Fran was admired and well respected by all that knew him for his kindness and compassion. He was particularly well remembered for wearing a bow tie. He leaves his wife, Doris E. (Allain) Clow; two daughters, Robyn K. Thibodeau of Belfast, ME; Kelly K. Kurtz and her husband, Jeff Turcotte of Leominster; a son and daughter in law, Christopher W. and Kim M. McCarthy of Holden; six grandchildren, Nicholas J. Thibodeau, McKenzie E. Thibodeau, Connor L. Kurtz, Kelsey M. Kurtz, Madeline R. McCarthy, Katherine E. McCarthy; two great grandchildren, Lily Grace Thibodeau, Julian J. Thibodeau; his sister in law Alice McCarthy of West Boylston; his cousin, Sister Mary LeBlanc PBVM of Leominster and his son-in-law, Wallace L. Kurtz, Jr. of Lunenburg. In March 2011 he was predeceased by his first wife of 47 years, Vera A. (Ingemie) McCarthy and his brother, John W. McCarthy in 2018. A funeral Mass will be celebrated 11 AM Saturday, February 22, 2020 at Our Lady of the Lake Church, 1400 Main Street, Leominster. Burial will be private. Mr. McCarthy’s family will receive family and friends at calling hours from 4-7PM Friday at the Isabelle & Anderson Funeral Home, 316 Clarendon Street, Fitchburg. For additional information or to leave an on line condolence, please see their website at www.andersonfuneral.com. Mr. McCarthy’s family would like to extend their thanks to the VNA Hospice for the care given to Fran over the past few weeks. Memorial contributions may be made to Our Lady of the Lake Church Food Pantry, 1400 Main Street, Leominster, MA 01543 or to the Sisters of the Presentation, 99 Church Street, Leominster, MA 01453

The family of Francis L. McCarthy created this Life Tributes page to make it easy to share your memories.

Send flowers to the McCarthy family.