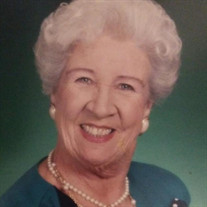 FITCHBURG: Evelyn M. “Maxie” (Gaudette) Turk, 94, a lifelong Fitchburg resident, died Saturday, May 16, 2020 at The Highlands, Fitchburg. Her husband, Leroy B. Turk, died in May 1991. Maxie was born in Fitchburg, September 24, 1925, the daughter of Calixe Gaudette and Ida (Leger) Gaudette Arsenault and resided most of her life in Fitchburg. She was a longtime active member of St. Joseph’s Church as well as a member of the Serra Club of Worcester County, Daughters of Isabella, Eastwood Club, American Friendship Club, Montachusett Organ Society, Irish American Club and the former St. Joseph School Association. For eleven years Maxie had worked as an administrative assistant at Digital Equipment Corporation in Westminster, retiring in June 1984. She is survived by two sons, Michael S. Maxim of Clearwater, FL, Kevin P. Maxim of Inverness, FL; a stepdaughter, Sharon Kydd of Chelmsford; 9 grandchildren and 7 great grandchildren. She was predeceased by two brother, Clarence Gaudette and Albert Gaudette both of Fitchburg and her stepfather, Camille Arsenault also of Fitchburg. Services will be held privately. Burial will be in St. Joseph’s Cemetery, Fitchburg. The Isabelle & Anderson Funeral Home, 316 Clarendon Street, Fitchburg is assisting the family with arrangements.

The family of Evelyn M. Turk created this Life Tributes page to make it easy to share your memories.

Send flowers to the Turk family.