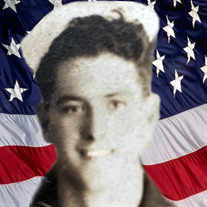 Lunenburg: Eugene V. Marino, 93, of Lunenburg, died Saturday, February 2, 2019 at the Oakdale Rehabilitation Center, West Boylston. The child of immigrants from Southern Italy, he was born and raised in Clinton, where his father farmed. He began helping on the farm as a small boy and remained an avid gardener throughout adulthood. He was also an enthusiastic fisherman and a member of the Lunenburg Sportsmen’s Club for many years. He was a U.S. Navy veteran of World War II, having served as anti aircraft gunner and radioman aboard the battleship USS South Dakota. Before the age of 20, he saw action in eleven major engagements in the Pacific Theater, including at Iwo Jima, Okinawa, and in the so-called Great Marianas Turkey Shoot, part of the Battle of the Philippine Sea, in June 1944, in which American ships and aircraft shot down more than 300 enemy warplanes. On Sept. 2, 1945, in Tokyo Bay, he witnessed the signing of the surrender agreement between the Empire of Japan and the United States, which took place on the USS Missouri, anchored next to the South Dakota. After the war, under the G.I. Bill, he studied electronics in Chicago and New York City. For more than 35 years, he serviced televisions in northern Worcester County, operating his own business or, at times, working for other appliance businesses. He had a sharp, active mind and was constantly finding projects to work on, from building his own garage to learning about the birds that frequented his feeders to trying to figure out how to commercially grow mushrooms. He also wrote and self-published a handbook on the basics of TV technology, which he distributed to those of his customers who were nervous about the workings of their TVs. He leaves two sons, Eugene V. Marino Jr., of Spencerport, NY, James P. Marino of Lunenburg; four daughters, Eleanor E. Bell of Milan, TN, Mary M. Marino of Lunenburg, Judith A. Lucier of Phillipston, Tina M. Marino of Lowell; a sister, Frances “Dolly” D’Onofrio of Riverside, CA; 20 grandchildren, 18 great grandchildren and three great great grandchildren. He had a generous, sociable spirit and spent his more than nine decades surrounded by loving family. He was predeceased by his wife, Gloria E. (Zinna) Marino in 1995 and his grandson, Matthew Rafalski in 2016. He was the brother of the late John Marino, Vincent Marino, Frank Marino, Pasquale Marino, Josephine Russo, Theresa Kilcoyne, Anne Uljua, Alice Fairbanks, Rose Miller and Mary Elia. Funeral services will be held 11 AM Thursday, February 7, 2019 at the Anderson Funeral Home, 25 Fitchburg Rd. (Rte 2A) Ayer. Spring burial will be in North Cemetery, Lunenburg. Calling hours are 4-7 Wednesday. Please see www.andersonfuneral.com for additional information or to leave an on line condolence. Memorial contributions may be made to Quilts of Valor Foundation, PO Box 191, Winterset, IA 50273.

Lunenburg: Eugene V. Marino, 93, of Lunenburg, died Saturday, February 2, 2019 at the Oakdale Rehabilitation Center, West Boylston. The child of immigrants from Southern Italy, he was born and raised in Clinton, where his father farmed. He began... View Obituary & Service Information

The family of Eugene V. Marino created this Life Tributes page to make it easy to share your memories.

Send flowers to the Marino family.