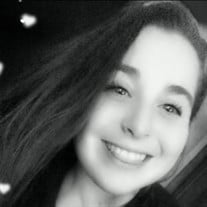 SHIRLEY: Erica Lynn Farley, 25, of Shirley died Friday, April 3, 2020 at Holy Family Hospital, Methuen after a long and courageous battle with substance abuse. Born in Leominster, December 2, 1994, she was the beloved daughter of Sean M. and "Tammy" Tamara (Topper) Farley and was a lifelong Shirley resident. Erica graduated high school from The Academy of Notre Dame in Tyngsborough. After graduation, she obtained her Emergency Medical Technician certification and worked at Cataldo Ambulance. She was currently training to become a Paramedic through McNeilly EMS. Erica loved her family and always looked forward to Christmas at Babci and Grandpa’s, Easter at Kathy and Dan's, and the 4th of July at Uncle Keith’s. She loved traveling and visited Acadia, Yosemite and Yellowstone National Parks. One of her fondest memories was a trip to Alaska and the special times she had with her Nana and Dada Joe on their four-week sightseeing trip home. She also went on a road trip to Florida with her cousin Tyler, stopping in Virginia to visit her grandparents along the way. The two returned from Daytona, FL with tattoos and sunburns. Erica enjoyed taking car rides and listening to music, especially with her best friend Caitlin. The beach was a frequent destination for Erica and her friends. Throughout Erica’s life she had a strong love for animals. Growing up Erica, raised chickens with the help of her mother. Erica and her father spent many hours walking their beloved dogs. She watched wild ponies run on Assateague Island and has attended the Westminster Kennel Club show in NYC. Erica spent her spare time caring for her dogs, Dodge and Bailey as well as her cat, Olive. Erica had a special tattoo on the nape of her neck that read "non omnis mariar" which translates to not all of me shall die. She had a big heart and it was her passion to help others and save lives. Her final gift was the donation of her organs. Erica shall live on in the hearts of all she touched during her short time with us. In addition to her parents, Erica leaves her paternal grandparents, Paul and Patricia Farley of Ayer; her maternal grandparents, Joseph and Mary Elizabeth Topper of Shirley; Uncles and Aunts; Kevin Farley and his wife Jenna (Coates) Farley of Shirley, Daniel Topper and his wife Beth Picone-Topper of Shirley, and Keith Farley of Fitchburg. Cousins, Andrew and Alexis Keohane of North Brookfield, Brooke Farley of Shirley, Shannon and Bryan Farley of Fitchburg, Tyler Farley of Westford, and her friend Caitlin Couco of Eastham. Erica was predeceased by her Aunt Keri-Lyn (Gleason) Farley who she shared many special times with. In lieu of flowers, donations can be made in memory of Erica to the MSPCA at Nevins Farm, 400 Broadway, Methuen MA 01844 or Gosnold Inc. 200 Ter Heun Drive, Falmouth, MA 02540, a non-profit addiction treatment center where Erica received compassionate care during her many attempts at recovery. Due to the restrictions imposed on those attending funerals arrangements are pending at this time. Please continue to refer to this site as updates will be posted as they become available. The Anderson Funeral Home, 25 Fitchburg Rd., Ayer is assisting the family with arrangements.

The family of Erica Lynn Farley created this Life Tributes page to make it easy to share your memories.

Send flowers to the Farley family.