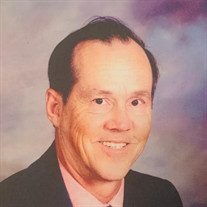 SHIRLEY: Master Sergeant Edwin Eugene “Gene” Goethe, USA, (ret), passed away on August 16th at his home in Sierra Vista, Arizona. Gene was born in Fort Pearce, Florida to Florence and William Goethe on January 5, 1942. In 1961, he joined the US Army and the following year, he married Joann. They were blessed with five sons who Joann devoted her life to raising before passing away in 1985. Gene served in the army for 22 years and earned the Bronze Star, the Silver Star, the Vietnam Service Medal, the Vietnam Cross of Gallantry and many other awards before retiring in Shirley, Massachusetts. Upon retirement, he immediately took a job with the Department of Defense at Fort Devens. During his time in Shirley, he also served the community as the civil defense director and as a volunteer fireman. When Fort Devens closed in 1996, he moved to Sierra Vista/Fort Huachuca and continued his career with DOD in IT security. He retired for the second time in 2008. Gene was an avid motorcyclist and an active member of the local Goldwing Riders chapter. He married Judith in 1998 and together they spent many years touring the country on his Goldwing motorcycle and enjoying the beautiful scenery of the Southwest. He is preceded in death by his parents, his late wife Joann and his brother William. He is survived by his wife Judith Goethe; his sons Edwin (Penny) Goethe Jr., William (Laura) Goethe, Kenneth (Joann) Goethe, Robert (Dawn) Goethe and Christopher (Kariann) Goethe; his sisters, Beth (Keith) Hamilton and Ruth (Jim) Woodbury; thirteen grandchildren and 15 great-grandchildren. He will be deeply missed by all those he left behind. He will be interred with his beloved Joann Goethe in Village Cemetery in Shirley, Massachusetts. Private services will be planned by the family at a later date. The Anderson Funeral Home, 25 Fitchburg Road, Ayer is assisting the family with arrangements.

The family of Edwin Eugene "Gene" Goethe created this Life Tributes page to make it easy to share your memories.

Send flowers to the Goethe family.