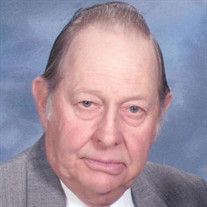 GREENVILLE, NH: Edward J. Legere, Jr., 84 of Greenville, NH, passed away peacefully at his home, surrounded by his loving family on Thursday, November 19, 2020. Born in Leominster on August 17, 1936, Edward was one of three siblings, born to the late Edward J. Sr., and Estelle (Vaillancourt) Legere. As a hardworking man, Edward made a successful career as a cross-country truck driver, working for numerous companies throughout his years and retiring in 1993 as a 14-year worker for the Batesville Casket Company in Batesville, Indiana. A loving and caring man, Edward was willing to help anyone who needed a hand at any time. He would give you the shirt off his back. He was a serious New England Sports fan, and loved all the teams. He was an avid candle pin bowler and was a very active supporter in numerous organizations, such as the Franco-American Club of Fitchburg, St. Joseph’s Club , knights of Columbus in Nashua, and the French American Club. Edward is lovingly survived by his wife of 65 wonderful years, Jeannette I. (Forgues) Legere; his sons, Lawrence Legere, and his fiancé Georgette Clapp, Russell Legere, and his wife Valorie-Jean all of Greenville, NH; his daughter, Lisa Ladue, and her husband Christopher of North Port, FL; his grandchildren, Brandon, Michael, Kim, Stephanie, Shelby, Edward and Cheyanne; great-grandchildren, Adrianna, Catori, Calleigh, Mackenzie, Hudson, Skyler and Paisley Mae. In addition to his parents, Edward was predeceased by his brother, Francis Legere, his sister, Marie Gehman, and his grandson, Jason Legere. A private Memorial Mass will be held at Sacred Heart Church, Greenville, NH. In lieu of flowers, donations may be made in Edward’s memory to the American Diabetes Association, P.O. Box 7023, Merrifield, VA 22116. Arrangements are under the direction of T.J. Anderson & Son Funeral Home, 250 Main Street, Townsend. For information or to leave an online condolence, please visit www.andersonfuneral.com.

GREENVILLE, NH: Edward J. Legere, Jr., 84 of Greenville, NH, passed away peacefully at his home, surrounded by his loving family on Thursday, November 19, 2020. Born in Leominster on August 17, 1936, Edward was one of three siblings, born... View Obituary & Service Information

The family of Edward J. Legere Jr. created this Life Tributes page to make it easy to share your memories.

Send flowers to the Legere family.