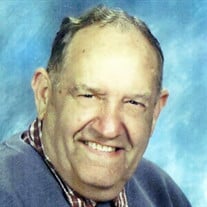 Groton: David W. Dearborn, 86, of Groton, died Saturday, March 2, 2019 at Health Alliance – Leominster Hospital. Mr. Dearborn was born in Waterville, Maine, October 23, 1932, a son of Clyde and Doris (Adams) Dearborn and grew up in Waldoboro, Maine. In 1952, during the Korean Conflict, he entered, the United States Navy where he served four years as an electrician’s mate on the USS Haverfield DER 393. Following his discharge from the armed forces Mr. Dearborn attended Northeastern University in the Engineering program and later attended University of Lowell. Ultimately, he became a Journeyman electrician and later was licensed as a Master Electrician. During the 1970’s, while residing in Marlboro he owned and operated Dearborn Electric. He later worked for GenRad in Bolton and later Hollingsworth & Vose in Groton before retiring in 1999. He was an active member of the New Beginnings Methodist Church in Townsend where he served in many capacities including on the Board of Trustees. He leaves his wife of 54 years, Alberta E. (Hutchins) Dearborn; two sons, Edwin D. Dearborn of Leominster, Glenn E. Dearborn bothe of Leominster as well as Glenn's fiancé, Janet Thomson of Clinton; and two grandchildren, Alana Dearborn and Ryan Dearborn. He was the brother of the late Earle Dearborn and Carleton Dearborn both of Maine. Funeral services will be held 11 AM Saturday, March 9, 2019 at the Anderson Funeral Home, 250 Main Street, (Rte 119) Townsend Center. Please see www.andersonfuneral.com for additional information or to leave an on line condolence. Calling hours are 2-5PM Friday, March 8th. Memorial contributions may be made to the New Beginnings Methodist Church, 265 Main Street, Townsend, MA 01469

The family of David W. Dearborn created this Life Tributes page to make it easy to share your memories.

Send flowers to the Dearborn family.