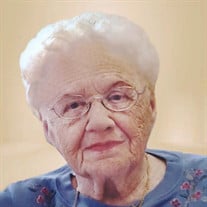 SHIRLEY: Christyne A. (Kubiak) Saball, 96, of Shirley & York Beach, Maine died Sunday, July 26, 2020 at her residence. Her husband of 38 years, Anson D. Saball, passed away in 1984. Mrs. Saball was born in Shirley, a daughter of Joseph and Zophia (Jusczak) Kubiak and was a lifelong Shirley resident. She was a member of St. Anthony’s Church where she served as a lector, Eucharistic Minister and was a member of the Ladies Sodality. She was also a former member of the St. Anthony’s Choir and in 1999, travelled to perform for Pope John Paul in Rome. She was member of the Cursillo Community of St. Basil’s Church in Methuen. Mrs. Saball was a member of the Shirley American Legion Auxiliary Post # 183, Shirley Grange # 254, Shirley Historical Society and the Shirley Golden Agers. During WWII she was active in the Fort Devens USO and was recognized with a Citation for her service. She enjoyed travelling and had taken trips to Jerusalem and Poland. Mrs. Saball had worked in the cafeteria at the Lura White School in Shirley retiring as its manager after 24 years of service. She had also worked as a contributing reporter for the Fitchburg Leominster Sentinel and Enterprise. During WW II she worked at Lovell General Hospital at Fort Devens as well as Fort Devens Air Base in Ayer. She leaves two sons, John F. Saball and Joseph A. Saball both of Shirley; two daughters, Christine M. Tobin of York, ME and Jane S. Saball of Boxboro; two sisters, Delores Christiansen of Burlington, Mary Sidilau of Keene, NH; twelve grandchildren and 20 great grandchildren. She was predeceased by her son, Randolph C. Saball in 2013. She was the sister of the late Joseph Kubiak of Fitchburg, Ann Hill of Leominster, Irene Tomalo of Clinton, Wanda Burrill of Ayer and the great grandmother of James C. Meehan who died in January 2017. A funeral Mass will be celebrated 11 AM Wednesday, August 5, 2020 at St. Anthony’s Church, 41 Phoenix Street, Shirley. Burial will be in the parish cemetery. Mrs. Saball’s family will receive family and friends at a visitation period from 9:00 -10:30 AM Wednesday, August 5th at the Anderson Funeral Home, 25 Fitchburg Rd., Ayer. For additional; information or to leave an on line condolence, please visit their website at www.andersonfuneral.com. Memorial contributions may be made to St. Anthony’s Cemetery Improvement Fund, c/o St. Mary’s Church, 31 Shirley Street, Ayer, MA 01432 or to Beacon Hospice, 36 William Street, Leominster, MA 01453.

SHIRLEY: Christyne A. (Kubiak) Saball, 96, of Shirley & York Beach, Maine died Sunday, July 26, 2020 at her residence. Her husband of 38 years, Anson D. Saball, passed away in 1984. Mrs. Saball was born in Shirley, a daughter of Joseph and... View Obituary & Service Information

The family of Christyne A. Saball created this Life Tributes page to make it easy to share your memories.

Send flowers to the Saball family.