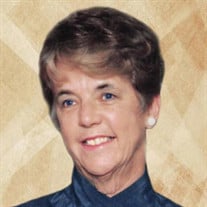 HARVARD: Charlotte A. (Hill) Fitzgerald, 83, of the Still River village of Harvard, died Friday, June 19, 2020 at the New England Sinai Hospital, Stoughton. Mrs. Fitzgerald was born in Concord, September 2, 1936, a daughter of Elmer and Evelyn (Spinney) Hill and grew up in Acton. She was the Salutatorian of her class at Acton High School, Class of 1954. She has resided in Harvard for over 60 years. She leaves her husband of 52 years, Richard Fitzgerald; three sons, William Hartwell and his wife, Robin, of Millsboro, Delaware, John Fitzgerald of Harvard, Michael J. Fitzgerald and his wife, Jennifer of Lancaster; her daughter, Jayne E. Smith and her husband, Gil, of Ayer; her sister, Janice Ogilvie of Skowhegan, ME; four grandchildren, Justin Smith of Littleton, Morgan Hartwell of Stoughton, Lauren Vellali of Newton, Jake and Sadie Fitzgerald of Lancaster and one great granddaughter, Lyla Smith. She was predeceased by her first husband, William Hartwell in 1965 and her sister, Janet Hill. Throughout her career, Mrs. Fitzgerald held several various positions including the Office Manager for Tensitron in Harvard,for Joe Henry Civil Engineer also in Harvard. More recently she worked as an editor and proofreader for a small book company. For twenty years Mrs. Fitzgerald sang with the “Sweet Adeleines” and was a member of the Harvard Congregational Church. She volunteered her time to several worthy local organizations including Harvard Help where she assisted local residents with scheduling and transportation to medical appointments, Abby’s House a home for battered women in Worcester as well as Nashoba Nursing & Hospice Service. Funeral arrangements are pending at this time. The Anderson Funeral Home, 25 Fitchburg Road, Ayer is assisting the family with arrangements. Memorial contributions may be made to Nashoba Nursing & Hospice, 3 Patterson Road, Shirley, MA 01464.

The family of Charlotte Ann Fitzgerald created this Life Tributes page to make it easy to share your memories.

Send flowers to the Fitzgerald family.