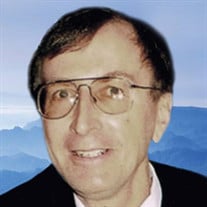 TOWNSEND: Charles P. “Chuck” Concordia, 72, of Townsend, died Saturday, November 9, 2019 at Health Alliance – Leominster Hospital with his family by his side after a lengthy illness. Chuck was born in Schenectady, NY, August 15, 1947, a son of Francis A. and Martha E. (Pfister) Concordia and has resided in Townsend for over 35 years. Chuck was a graduate of the University of Buffalo where he received his Bachelors and Masters Degrees. For twenty five years, Chuck worked as a financial analyst for the General Electric Company in Schenectady, NY, Selkirk, NY and finally in Fitchburg before retiring in 1998. Through the years Chuck was very active in the Townsend Youth Soccer program where he served as a member its board of directors, as a coach and also as a referee. He later refereed in the high school and club soccer levels. Chuck enjoyed cooking and was happy to have his family and friends join him for a gourmet meal. He leaves his wife of 49 years, Catherine A. (Dias) Concordia; his son and daughter in law, Steven A. and Nicole Concordia; his sister and brother in law, Joan and Ric Auger of Ft. Worth, TX; three sisters in law, Kathleen Concordia of Voorheesville, NY, Barbara Dias of Waynesville, NC, Deborah Fine of Baja, CA; three grandchildren, Alexandra Concordia, William Concordia and Quentin Concordia. He was predeceased by his son, Scott Concordia of Townsend in 1992, his brother, David Concordia of Voorheesville, NY and his sister in law, Patricia Dias of Pasadena, CA. Funeral services will be held privately. There are no calling hours. Memorial contributions, in Charles' name, may be made to YMCA of Central Massachusetts, 766 Main Street, Worcester, MA 01610. The Anderson Funeral Home, 250 Main Street, Townsend is assisting the family with arrangements.

TOWNSEND: Charles P. &#8220;Chuck&#8221; Concordia, 72, of Townsend, died Saturday, November 9, 2019 at Health Alliance &#8211; Leominster Hospital with his family by his side after a lengthy illness. Chuck was born in Schenectady, NY, August... View Obituary & Service Information

The family of Charles P. Conordia created this Life Tributes page to make it easy to share your memories.

Send flowers to the Conordia family.