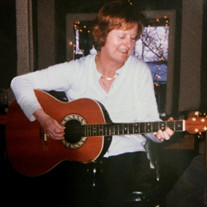 Sterling: Catherine Agnes Murphy, Hanlon Mansfield, 70, of Sterling formerly of Maynard and Waltham, died Wednesday, August 26, 2020 at the Rose Monahan Hospice House, Worcester. Catherine (Una) was born in Co, Cork, Ireland, April 24, 1950, a daughter of the late James P. and Catherine (O’Shea) Murphy and emigrated to the United States in 1969. Upon her arrival to the United States, Catherine, along with her siblings Seamus, Carol, and Tim performed Irish Music in venues all over Boston Massachusetts and beyond as the well known Murphy Family. She later owned and operated a popular restaurant with her husband known as “John & Una’s” in Waltham. Years later, they opened a cafe, and Irish pub called “Coffee Tea & Melody" in Stow, MA, and then "J.P. O’Hanlon’s Irish Pub & Restaurant" in Ayer Ma. Catherine also worked as a realtor at Coldwell Banker Company in Acton. She leaves her husband of 10 years, Robert Mansfield; her son, Brian A. Hanlon of Nashville, TN; her daughter, Maura Hanlon Smith of Hopkinton; four brothers, John Noel Murphy of Australia, Timothy Murphy of Cincinnati, Ohio, Seamus Murphy of Ireland, Phillip Murphy of North Conway, NH; two sisters, Hellen Wiggins of Australia and Carol Cavelier of France; 3 granddaughters, Amelia, Matilda and Hazel Smith, and two step-grandsons Jackson and Bennet Yesue. Funeral services will be held privately due to the COVID restrictions on public gatherings. In lieu of flowers, we would welcome donations to the Rail Trail Organization https://www.wachusettgreenways.org/wordpress/ where we will be placing a commemorative bench along her favorite local walking trail. Please indicate that the donation is in the name of Catherine Hanlon. There will be a celebration of Catherine’s life with music in both Sterling Mass and Co. Cork, Ireland when travel restrictions lift. Details to follow. The Anderson Funeral Home, 25 Fitchburg Road, Ayer is assisting the family with arrangements.

The family of Catherine A. (Murphy) Hanlon created this Life Tributes page to make it easy to share your memories.

Send flowers to the Hanlon family.