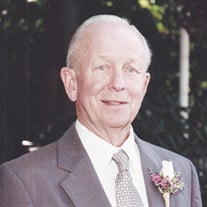 TOWNSEND: Arthur A. Lammi, 88, formerly of Townsend and Mt. Dora, Florida, died Monday, September 16, 2019 at River Terrace Health Care Center, Lancaster. Mr. Lammi was born in Quincy, March 21, 1931, a son of Adolf and Elina (Rossi) Lammi and resided in Townsend for thirty years and then for forty years in Florida. Mr. Lammi had worked in the sales department for Ford Parts Rebuilders Company in Fitchburg. While residing in Florida, he worked at a small engine repair shop. He enjoyed golfing and was a member of the Mt. Dora Golf Association. He leaves his wife of 68 years, Helen E. (Kalinen) Lammi; a son, Richard Lammi of Townsend; a daughter, Faye Petti of Lancaster; five grandchildren, Nicole Simmonds, Sara Schumaker, Christopher Lammi, Bernadette Dam, Garret DiBona and four great grandchildren, Rhedyn Simmonds, Cameron Schumaker, Christian Lammi and Delaney DiBona. He was the brother of the late John Lammi of Ashby, Robert Lammi of Townsend, Paul Lammi and Roy Lammi both of Fitchburg. Funeral services will be held privately. Anderson Funeral Home in Townsend is assisting the family with arrangements. The family of Arthur Lammi would like to invite you to a Celebration of Life at the Kaleva Lodge, 32 Perry Road, Lancaster, MA. 01523 on Saturday, October 5, 2019 12pm-4pm. For additional information or to leave an on line condolence, please visit their website at www.andersonfuneral.com.

The family of Arthur A. Lammi created this Life Tributes page to make it easy to share your memories.

Send flowers to the Lammi family.