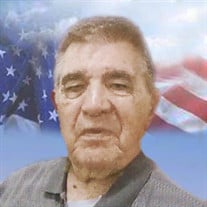 AYER: Arthur H. Gates, 93, of Ayer, died Tuesday, January 12, 2021 at Nashoba Valley Medical Center, Ayer. His wife, Johanna (Holzinger) Gates, died in November 2004. Mr. Gates was born in Hanover, NH, August 27, 1927, a the oldest of 5 children born to Stanley T. and Ada E. (Maynard) Gates and has resided in Ayer for over 50 years, He grew up in Claremont, NH and was a graduate of Hartford High School in White River Junction, Vermont. For twenty years Mr. Gates served his country in the United States Army during the Korean Conflict and Vietnam War, retiring in 1969 at the rank of Staff Sergeant. He attended St. Mary’s Church in Ayer and was a member of the Ayer American Legion Post. He leaves a brother, Charles M. Gates of Vermont; a sister, Beverly J. Gibson of Charlestown, NH, several nieces and nephews and his longtime family friends, Rick and Judy Pare of Shirley. He was the brother of the late Richard C. Gates of Tennessee and Shirley N. Gates of Claremont, NH. A funeral Mass will be celebrated Monday, January 18, 2021 at 11AM in St. Anthony’s Church, 14 Phoenix Street, Shirley. Burial with military honors will be in St. Mary’s Cemetery, Ayer. The Anderson Funeral Home, 25 Fitchburg Road, Ayer is assisting the family with arrangements. For additional information or to leave an online condolence please visit their website at www.andersonfuneral.com.

The family of Arthur H. Gates created this Life Tributes page to make it easy to share your memories.

Send flowers to the Gates family.