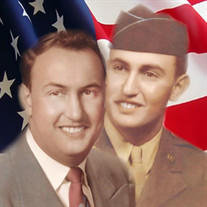 FITCHBURG: Angelo Femino, 94, of Fitchburg, died Tuesday, May 26, 2020 from complications of Covid 19 at the Life Care Center of Leominster. Mr. Femino was born in Fitchburg, April 24, 1926, a son of John and Stephana (Celona) Femino and was a lifelong Fitchburg resident. He was a graduate of Fitchburg High School. In 1944 he was drafted into the United States Army and saw combat action. Following his discharge from the armed services, Angelo played Semi-pro baseball and was invited to try out for the Philadelphia Phillies. For over 30 years, Angelo worked at the former Victory Supermarkets retiring in the mid 1980’s as a supervisor. He attended Madonna of the Holy Rosary parish. He was a member of the Westminster Country Club. He was quite accomplished at raising and racing homing pigeons and was highly recognized as having trained the best birds in the country. He was a member of several racing clubs and won many races. He leaves his wife of 68 years, Anna (Gallon) Femino; three sons, John Femino and his wife, Claire of Fitchburg, Peter Femino and his wife Sandra of Westminster; a daughter, Angela Femino-Smith of Fitchburg, and son Steven Femino and his wife Kristen of Hubbardston; Beloved nieces, Victoria Bujold, Gail Kopley and Jackie Bujold. He had nine grandchildren, Gina Cote, John Femino Jr., Katie Sackos, Sam Femino, Lauren Ciprotti, Evan Smith, Maria Smith, Angelo Femino and Ashley Femino, and 10 great grandchildren. He was the brother of the late Catherine Cefalo of Fitchburg and James Femino of Arizona. A funeral Mass will be celebrated on Friday, May 29, 2020 at 11:00 a.m. at St. Anthony’s Church, 84 Salem Street, Fitchburg, where Angelo and Anna were married 68 years ago. Burial will be in St. Joseph’s Cemetery. There will be no calling hours. The Isabelle & Anderson Funeral Home, 316 Clarendon Street, Fitchburg is assisting the family with arrangements. In lieu of flowers, donations can be made to a Covid relief fund of your choice. For additional information or to leave an online condolence, please visit their website at www.andersonfuneral.com

FITCHBURG: Angelo Femino, 94, of Fitchburg, died Tuesday, May 26, 2020 from complications of Covid 19 at the Life Care Center of Leominster. Mr. Femino was born in Fitchburg, April 24, 1926, a son of John and Stephana (Celona) Femino and... View Obituary & Service Information

The family of Angelo Femino created this Life Tributes page to make it easy to share your memories.

Send flowers to the Femino family.